The second Smith Construction Girls U13 Independent Schools Cup finals was once again hosted at the prestigious home of the England FA, St George’s Park. The national finals were enjoyed by 120 girls from 12 independent schools around the county.

The schools were split into two groups of 6, with the top two teams in each group qualifying for the semi-finals. Group A looked to be a well-matched group with mixed results across the board. Stamford High ran out as group winners on 10points and Farringtions progressed as group runners up with 8points.

Cheadle Hulme and Nottingham High started extremely strong in group B with both teams winning four out of four prior to coming up against each other in their final group fixture to decide who would progress as the group winners. In this final group encounter Nottingham high came out on top with a single goal separating the two teams. Both teams progress to the semi-finals.

In the semi-finals group winners Stamford High knocked out Cheadle Hulme with a single goal. The other semi-final between Farringtons and Nottingham High was goalless at full time and to be decided on penalties. The latter progressed to the final after successfully slotting home all their kicks. In the final Stamford High had found their flow and went 2-0 up by half time. In the second half Stamford's confidence grew and they soon increased their goal tally. Nottingham High came close to pulling a goal back but were denied by the woodwork. Stamford High School ran out 4-0 winners and claimed the title of 2019 Smith Construction U13 Girls ISFA Champions.

Photographs of Finals Day are available at www.rwt.photography.co.uk.  A DVD of the semi-finals and final is also available. 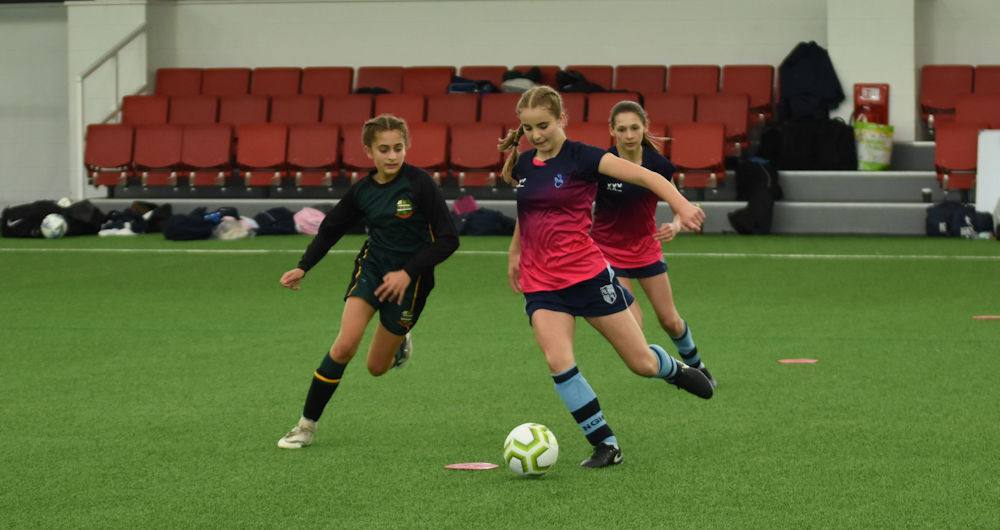 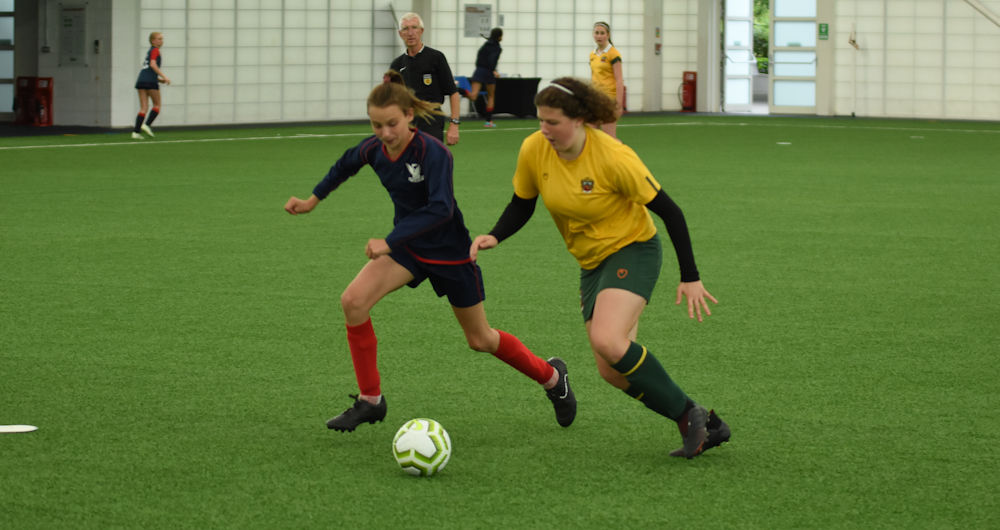 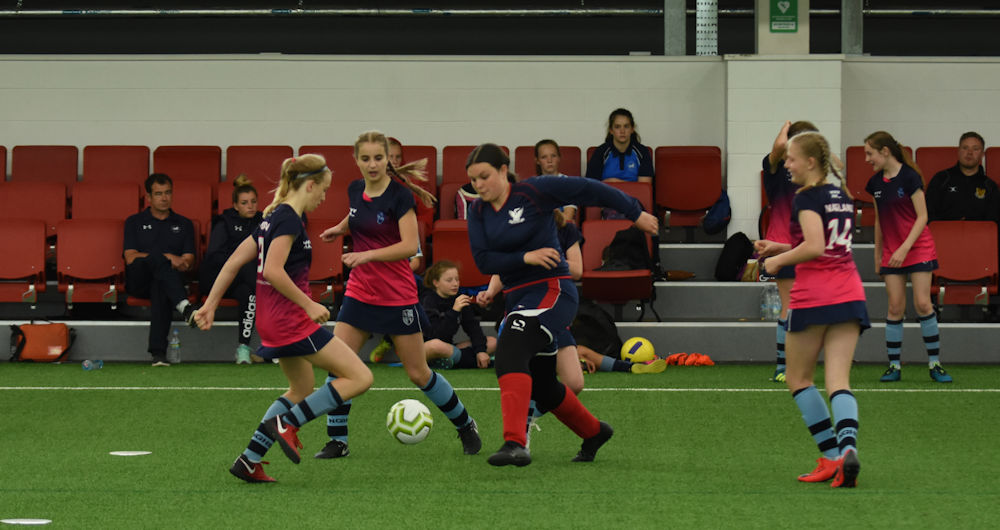 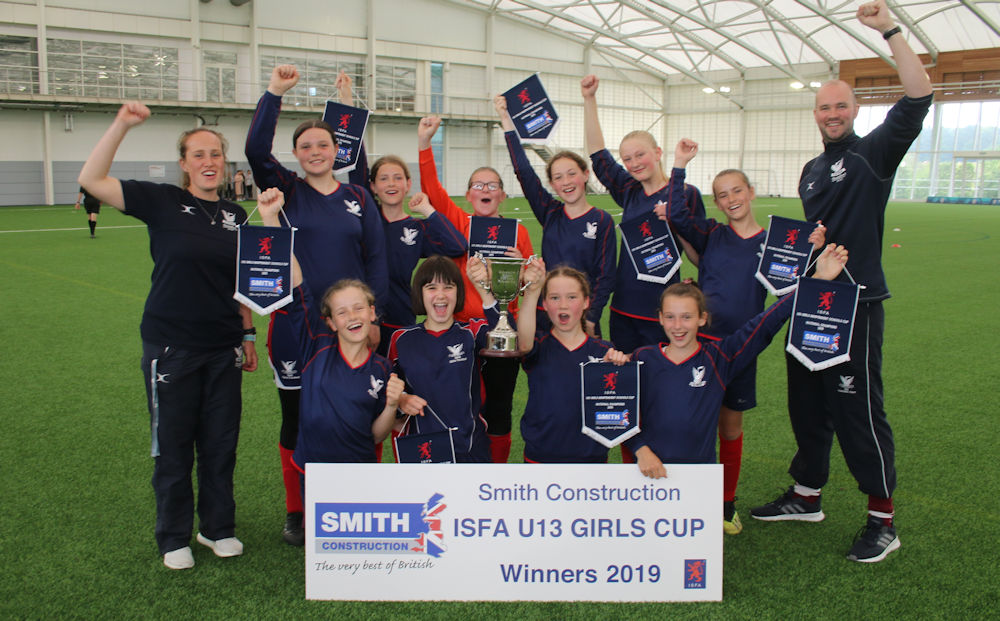