﻿
Published in FA Rules and Regulations 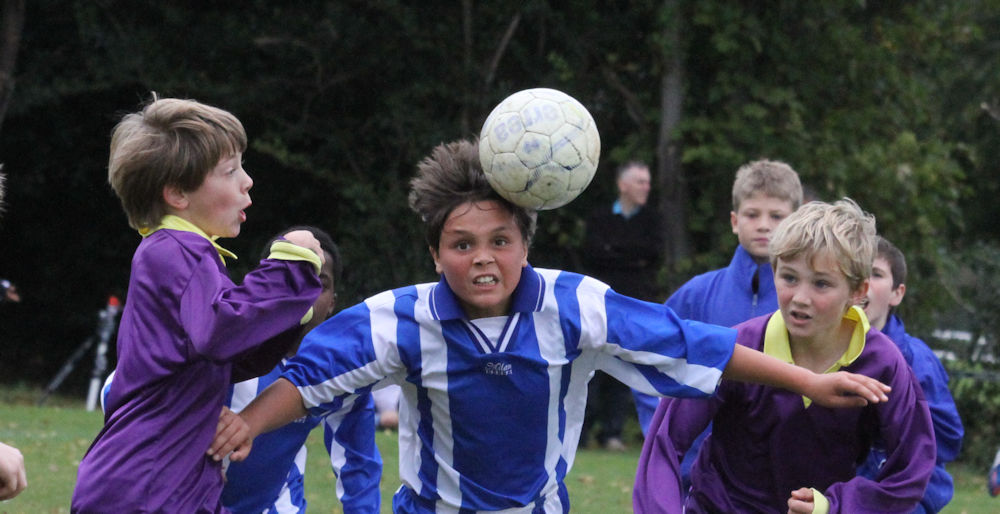 The FA has announced updated Heading Guidance for all age groups between Under 6 and Under 18, in association with the Irish and Scottish FAs.

The updated Heading Guidance, which will be introduced immediately, will provide grassroots Clubs, Coaches and Players with the recommended heading guidance for training sessions. The guidance does not make any changes to the way matches are played.

Following the publication of The FA and PFA joint-funded FIELD study, which was carried out by the University of Glasgow and published in October 2019, The FA established the independently-chaired Research Taskforce to guide on possible changes to heading coaching, review concussion management protocols, and advise on future research projects.

Although there was no evidence in the FIELD study to suggest that heading the ball was the cause to the link with incidence of degenerative neurocognitive disease, to mitigate against any potential risks, the updated Heading Guidance has been produced in parallel with UEFA's Medical Committee, which is seeking to publish Europe-wide guidelines later this year. The Irish FA and the Scottish FA will also adopt the same Heading Guidance.

FA Chief Executive, Mark Bullingham, said: "This updated Heading Guidance is an evolution of our current guidelines and will help coaches and teachers to reduce and remove repetitive and unnecessary heading from youth football. Our research has shown that heading is rare in youth football matches, so this guidance is a responsible development to our grassroots coaching without impacting the enjoyment that children of all ages take from playing the game."

Scottish FA Chief Executive, Ian Maxwell, said: "While it is important to re-emphasise there is no research to suggest that heading in younger age groups was a contributory factor in the findings of the FIELD study into professional footballers, nevertheless Scottish football has a duty of care to young people, their parents and those responsible for their wellbeing throughout youth football.

"The updated guidelines are designed to help coaches remove repetitive and unnecessary heading from youth football in the earliest years, with a phased introduction at an age group considered most appropriate by our medical experts. It is important to reassure that heading is rare in youth football matches, but we are clear that the guidelines should mitigate any potential risks.

"I would like to thank our colleagues at the English FA for their collaboration in this process and UEFA's Medical Committee for their guidance."

Detailed information for each age group

Read 1008 times
Tweet
Tagged under
More in this category: FA REPORT INTO HEALTH, DEMENTIA AND FOOTBALL »